One day I was randomly browsing the I Want One Of Those website when I stumbled upon a tiny cheap radio-controlled submarine. I just couldn't resist it. When the package arrived and I opened it, I immediately realised that the submarine did not have any pitch control. In fact, it only had these functions: full forward, full backward, rotate left, rotate right, plus the combined movement and rotation.

It was hugely disappointing. Here it was, a submarine floating in a 3D pool of water but behaving like a car driven on the floor.

My first thought was to buy another one and concoct a hybrid monster which would have all the necessary controls. But then I decided to design one from scratch. Here's a couple of drafts I came up with: 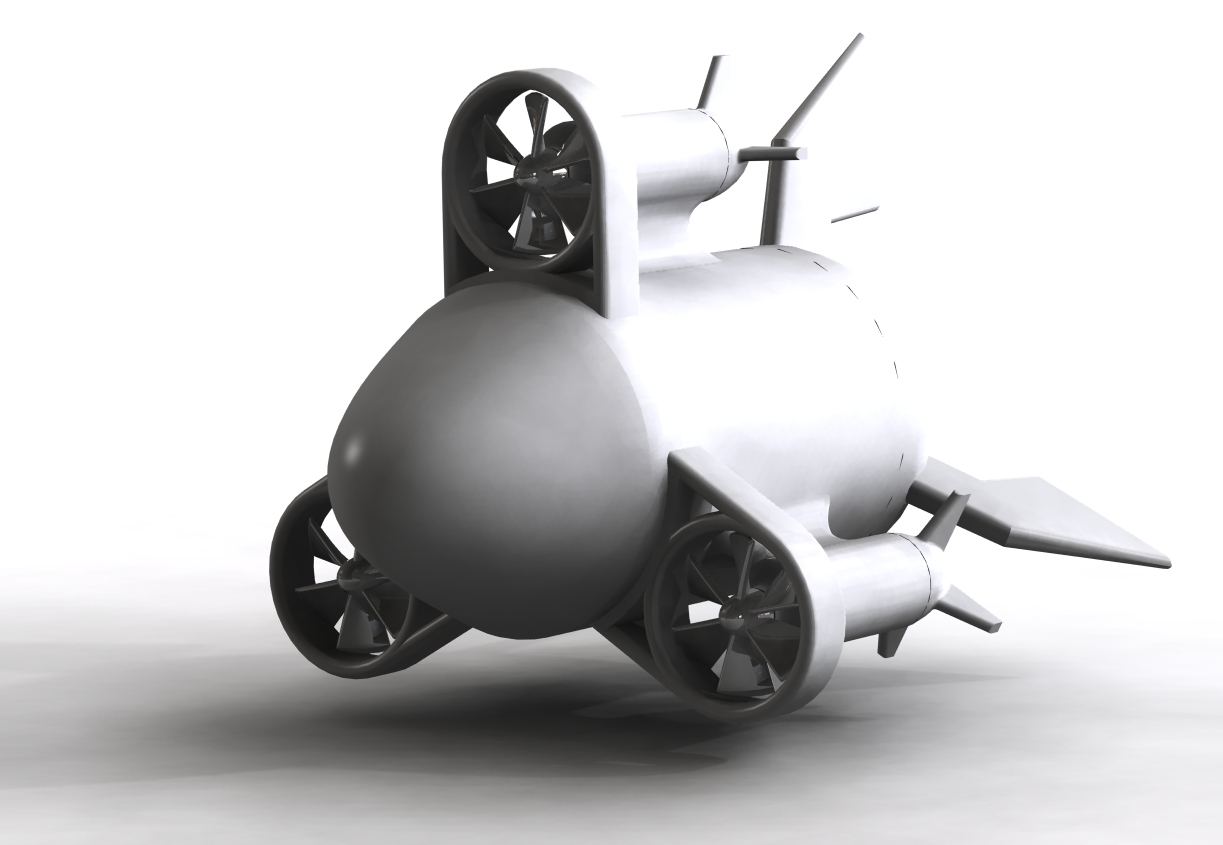 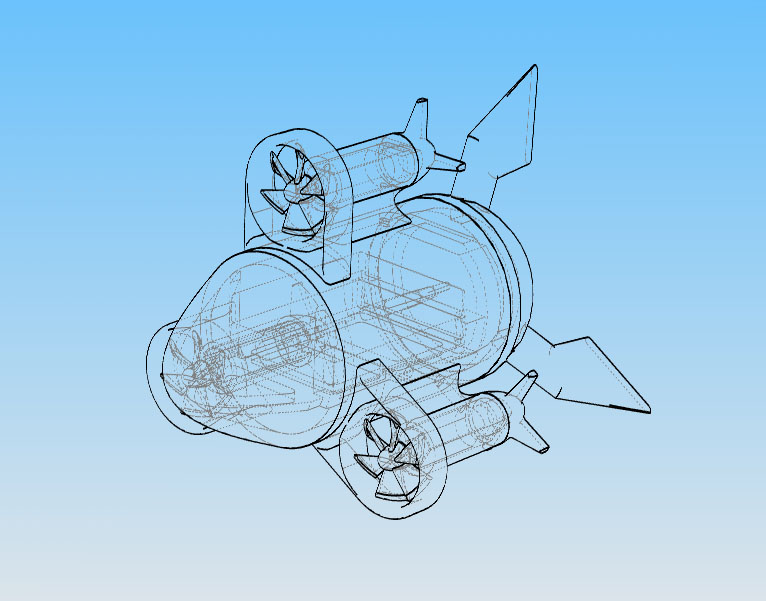 It's been more than 6 months since then, and I can see some really nice tiny motors on Precision Microdrives website now, and cheaper too.

The most expensive part in this project is the hull - since it has to be custom made in a small quantity. I was going to get one made using Selective Laser Sintering, but never got round to getting a quote and gradually lost interest in this project. Which is a pity since the hull design is finished - all the supports for components are there. There's even a hole for the wires running from the body to each engine, which can be seen in the right image (if you click on it).

I'll post pics if I ever build this one!

Update - a friend of mine has bought a CNC router and has generously offered me to get the hull machined from acrylic. Unfortunately the above design is not machineable. I recently redesigned the hull around the same motors and batteries to make it CNC machineable: 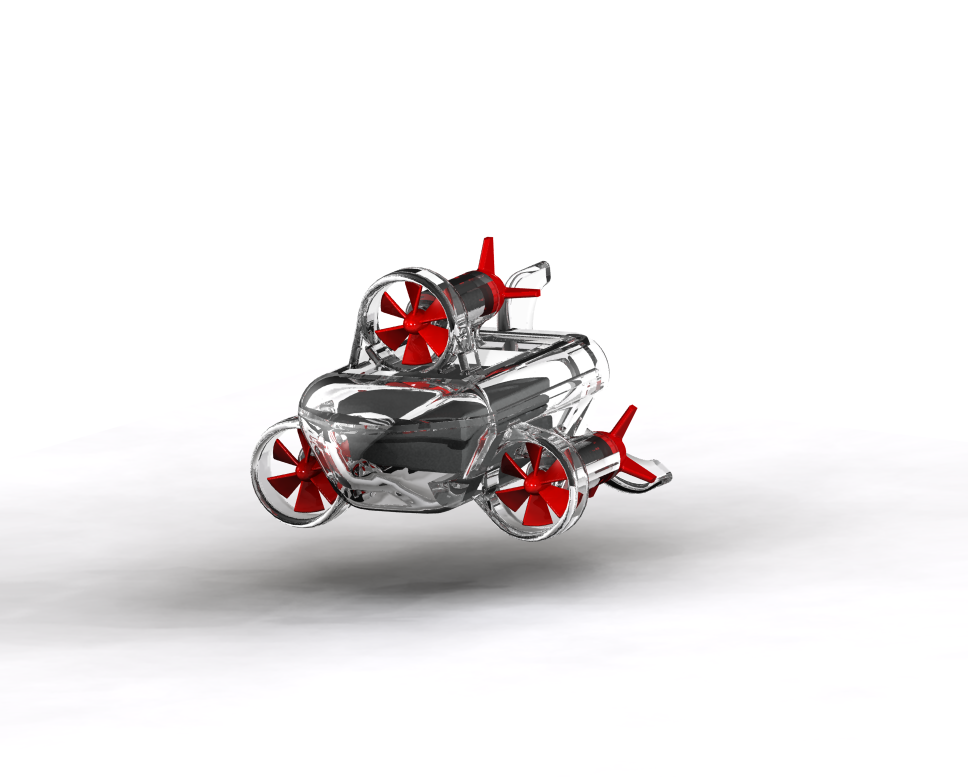 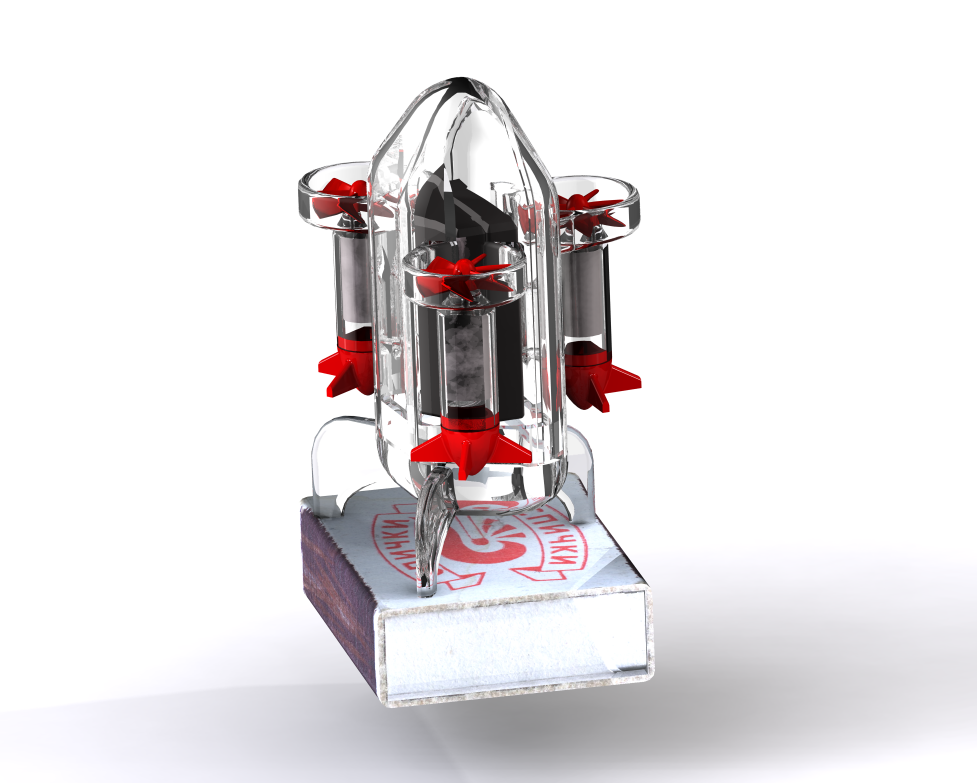 More images of this design: Submarine2